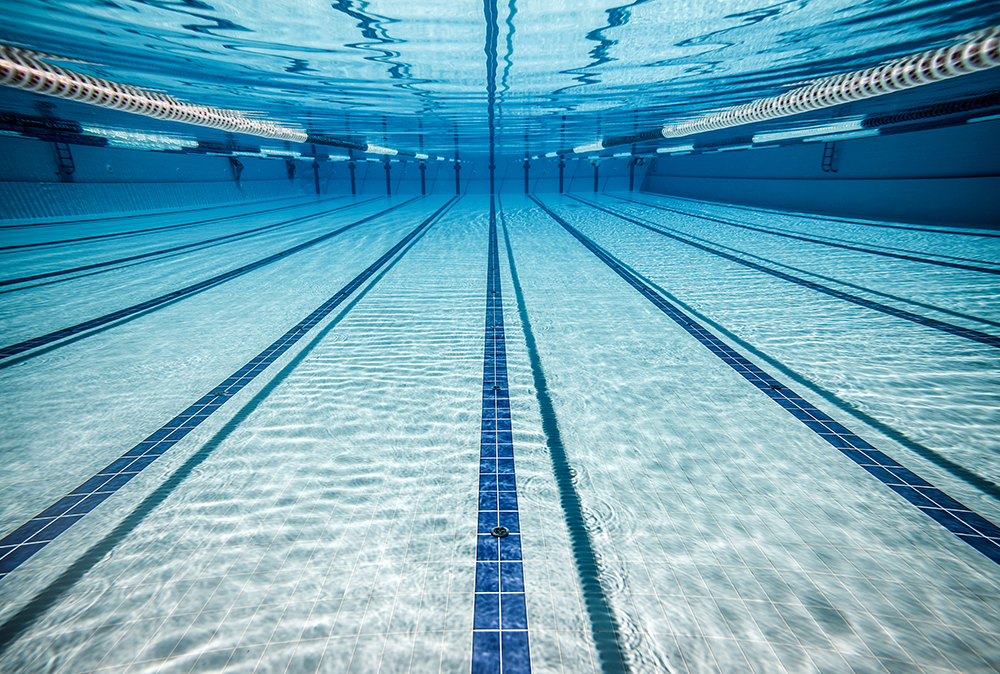 Growing up, we all came across pool rules and pool myths. Whether it was spoken rules at summer camp or written safety measures, you followed them. Perhaps years later, upon seeing the same rules, you questioned some of them. You know what we’re talking about. In this blog, we’re going to dive into a few popular pool myths and preventative measures, each with its own swimming lane. Get it?

We’ve actually explained this myth before in a previous blog distinguishing salt water from chlorine water from mineral pool water. The myth is that saltwater pools or mineral water pools are 100{49719dccefdf8f13231f745f8029506257ec6f55a0466a63a6a49aacfde2ef6e} chlorine-free. False. The myth sounds like this: “A common misunderstanding is that saltwater pools have no chlorine, while chlorine pools have a standard amount. Saltwater pools have a quarter of the levels of chlorine–0.5ppm (parts per million)–compared to chlorine pools which generally have 2.0ppm. Therefore, that myth is untrue.” Even minor amounts of chlorine still pose risks, only on a smaller scale as the ppm of chlorine is reduced.

Preventative Measure #1: Know what type of water you’re about to set foot in. You’ll know what to do in terms of health and cleaning based on the water type.

This is one we’ve all heard at one time or another. It’s as common as “don’t run around the pool” (which, by the way, isn’t a myth, but it is common sense). This myth that states you shouldn’t swim until at least one hour passes after eating. False. The phrase “eating within one hour before swimming” is more or less an old wive’s tale from the 1950s. Your parents heard it from their parents. Originally, it was a scare tactic for children to not swim and risk drowning. Honestly, the answer is just for children (or anyone) to swim only where they’re comfortable.

Preventative Measure #2: Eat when you want and swim where you want. If you’re a parent with children who swim, plan swimming around lunch they’re not swimming on full stomachs, just to be sure. 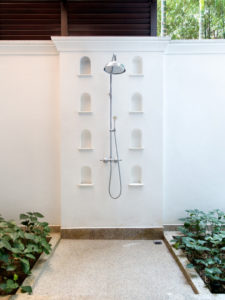 Unfortunately, this is a big one and a problem that should be avoided. The myth is that you don’t need to shower before entering a pool. False. You should absolutely do this; when we say shower, you can shower or, at the very least, rinse off. However, in the U.S., it’s not common for people to shower before entering a pool. It appears to be more practiced outside of the land of the free and the home of the brave. The issue is that of cleanliness: “Pre-swim showers help protect the health of everyone who swims by cleaning off organic compounds such as lotions, dead skin cells, cosmetics, shampoos, perfumes, etc.” — Source: ClearComfort

The compounds from our bodies can mix with the chemicals in the pool water to create dangerous byproducts of illnesses, infection, bacteria and other health issues. In our professional opinions, showering before swimming is not a popular trend because many people are lazy and uneducated. They believe the pool chemicals will do a good, if not better, job of cleaning than actual showering. Who has time to shower before getting wet again? Ov vey!

Preventative Measure #3: Own your health and shower or rinse off before stepping into a public pool. With your own pool, you have a little more leeway.

This is another big one. The myth behind the chlorine smell is that a strong chlorine odor means the pool is safe and clean to enter. False. The strong smell can mean a few things, as a matter of fact. As we mentioned previously in blogs on chlorine, the “chlorine smell” isn’t chlorine. The smell comes from chloramines, which are compounds where chlorine is mixed with sweat, urine, and body oils. At the end of the day, the smell comes from dirt and saturated bodily compounds in the water. It would be safe to steer clear of any smelly pool until it has been properly treated.

Preventative Measure #4: Use your gut instinct or ask a staff member when the last time the pool was cleaned. It might not be worth it to enter.

Urinating in the pool is unsanitary for you and anyone else in the water. The myth states that peeing in a chlorinated pool is okay because the chlorine will kill any bacteria. False. Chlorine does not kill everything dirty and bacterial that enters the pool. Also, it will not hide the color of your urine if you do pee in the pool. Chances are if you’re dehydrated, the color will really rear its ugly head. Think about it: dark yellow floating through clear blue water is a dead giveaway. If you see it, get out immediately and warn a staff member that it’s time to clean the pool because you saw urine.

Preventative Measure #5: Get out of the pool to go to the bathroom instead of swimming in the toilet with other people.