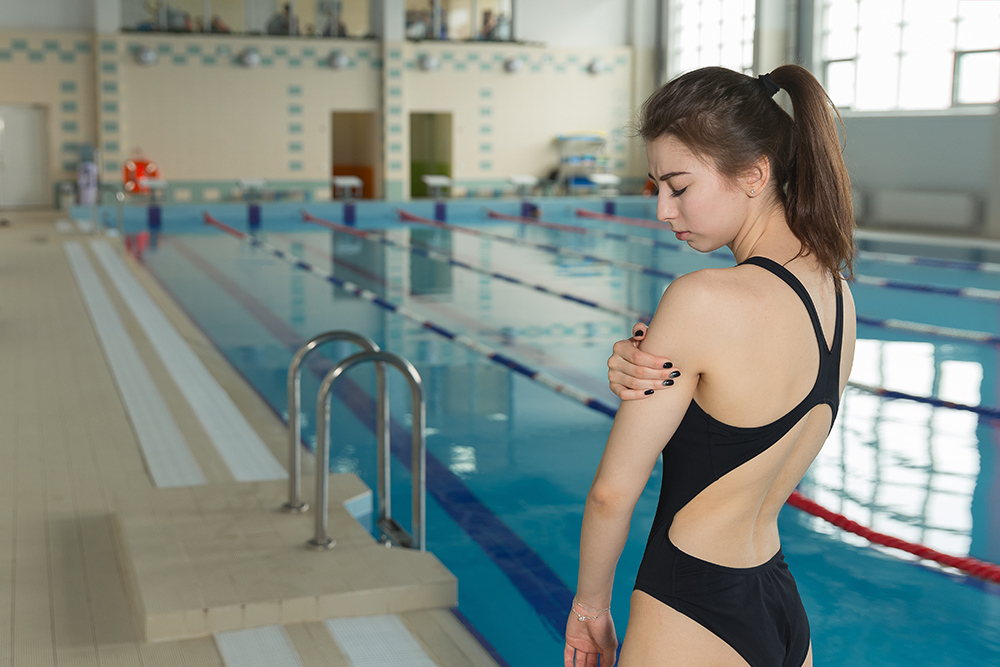 Many people are sensitive to chlorine. As a pool owner, be prepared if a few of your guests become uneasy. However, if every person becomes irritated, it may be a more serious issue of too much dead chlorine in your pool. If you walk up to your pool and smell chlorine, it’s not a clear sign the water is clean. Rather, red eyes and itchy skin are signs your chemicals are out of balance.

Water in most pools should be slightly alkaline, a little higher on the pH scale than natural water. It’s common for liquids that are basic/acidic to irritate the eyes. At the right water levels, eyes will take a long time to become irritated. Red eyes and itchy skin are a direct result of a high concentration of chloramines and dead chlorine. which are created after your chlorine in your pool has worked and is now dead. Water that’s high in chloramines is much more acidic and that will burn your eyes and skin.

As a given, red eyes and itchy skin are red flags that your pool water is out of balance. Please don’t sacrifice your health to test your water. The fumes alone can bring forth red eyes and itchiness. Be smart; start with the sniff test. Most of the time, your water should have very little to no odor. The strong chlorine odor strictly means you’re going to experience irritation if you step in. It’s not, as many people think, a sign of too much chlorine in the water—in fact, it signals the exact opposite.

The symptoms may be uncomfortable, but they will go away in a matter of hours. A shower and Visine drops could clear your skin and eyes of contaminants, respectively. As we’ve said before, when chlorine contacts organic matter, such as germs or body oil, chlorine kills everything and keeps the water clean. Understand that sooner or later, chlorine in the pool will be used up. The leftovers are chloramines, and give off that strong odor and cause the irritation.

Yes, the irritation is uncomfortable. But, even worse are the potential health dangers as we mentioned above. Even as the only person who ever uses your pool, you could still be susceptible to recreational water illnesses. Use the tips and tricks from our blog to best determine when you need to replace your pool’s chlorine.

What are recreational water illnesses (or RWI for short?) They are illness that can be caused by a mixture of bacteria and chemicals. Both sound ugly and when mixed can produce some heinous diseases and can attack your gastrointestinal system, respiratory system, eyes, skin and ears. Any open wounds could become infected quickly. Be aware of any open sores or cuts before stepping into a pool. If there are open sores, do not get in the pool! Diarrhea is the most common result from RWI when water is contaminated with cryptosporidium, giardia, shigella, norovirus, or E. coli.

Shockingly, having the proper balance of chemicals or adding fresh chlorine, won’t solve the problem. That doesn’t mean the water is decontaminated. Not all the bacteria will be immediately killed with a chemical re-balance. If and when cryptosporidium enters your pool, it can take days for the chlorine in your pool to effectively kill it off, making the existing water very dangerous.

On the contrary, chlorine does prevent most recreational water illnesses. Consistently having the right levels of chlorine and regularly filtering your water can help. In most pools, with the right levels, chlorine can kill off germs in roughly an hour. For stronger bacteria, as listed above, that hour window might be extended to 5 days! 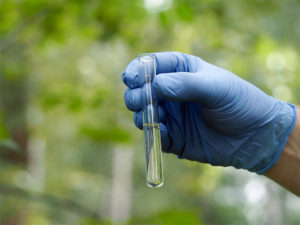 Preventing RWIs From Contaminating Your Pool

What our clients say

” There service is outstanding! “